Explore the details about your favourite Topic below.. 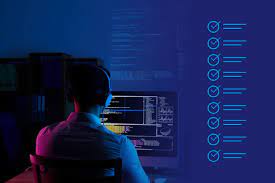 The world of software development is a fast-paced and ever-changing industry. New languages, frameworks, and tools constantly emerge, which means software developers need to be on the cutting edge with the latest technologies in the industry so that they can keep up with market demands for high-quality projects.  Recently, Xonest Technologies reported the most popular Software Development Technologies that are likely to grow in importance. These technologies are here to stay and are likely to become more and more influential in the coming years.

Java is a popular language, used worldwide for Android application development along with enterprise software development. All Android devices are based on Java and about 90% of the Fortune 500 companies rely on Java as a server-side language for backend development. This language has been around for over two decades and still is one of the most popular programming languages. Thanks to the Java Virtual Machine (JVM), Java can run on almost every system. It is also highly scalable and has a large user community, all of which help in solving almost any problem that a developer is likely to encounter.

It was obvious to include Swift on this list, thanks to iPhones. But, that’s just one of the many reasons to support it. iOS is expanding and there is a giant market for this language. If you are into iOS app development, Swift is definitely a lucrative career path and it is proving to be an excellent language for multiple reasons. It is Apple’s new programming language for developing native iOS and Mac-OS applications. It is more advanced than Objective C and yet is influenced by languages like Python and Ruby. The language is more user-friendly than existing applications and has the potential to reshape the future of app development.

Magento is the world’s most popular eCommerce platform. The platform is used by merchants all around the world to expand their online enterprises. It provides a versatile shopping cart with a plethora of built-in functions. Magento is a market leader in digital commerce solutions. When you Hire a Dedicated Magento Developer they can assist you in providing users with a smooth buying experience. Magento continues to expand fast as the leading platform for eCommerce. Many merchants, company owners, and entrepreneurs are using Magento to take their businesses to the next level.

With Shopify, opening an online store has never been easier. Ecommerce shop owners are taking advantage of the...

Guide To Become A Successful Web Developer In 2022

With job growth in the website development industry expected to skyrocket in the upcoming years, more and more...

Recognized as a Top 30 Mobile App Development Companies In Texas

We are proud to announce that DesingRush recognized us as a Top 30 Mobile App Development Companies In...

As we all know that technology has played an essential role in shop digitization and making the users...